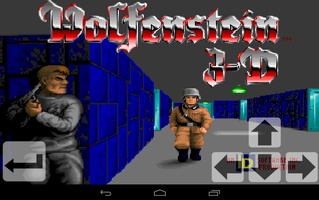 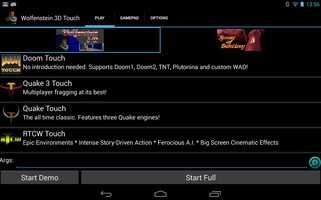 Advertisement
Wolfenstein 3D was the first FPS in history and remains one of the genre's most loved games. Wolfenstein 3D Touch is a portable version for Android devices.

With this version for Android, players can enjoy the first episode of the game, a shareware version, for free. Of course, players can also add the full game's files if they have them on hand, which probably won't be an issue for most players.

Wolfenstein 3D Touch lets you customize the control system however you like, although the defaults are pretty good anyway. Using both thumbs, you can move fluidly through the scene and shoot all the Nazis who cross your path.

Wolfenstein 3D Touch is a great way to enjoy one of the most emblematic titles in the history of gaming on your Android device. Its controls are perfectly adapted to touch screens, and its graphics flow with almost any device.
Reviewed by Andrés López Translated by Martina Kinkle
Advertisement

Why is this app published on Uptodown?
(More information)

I love this game and tried to get it on my phone but it says that it is not compatible any ideas?

Add all of the episodes or tell me how to do it properly cause i finished the first one. Otherwise i the controls where excellent i thought it was fun

I mean, its not call of duty 0/10 Just kidding, its a great port and Im so glad to finally play this game on my phone

Ladies and gents. Behold! The best Wolfenstein 3D port ever!